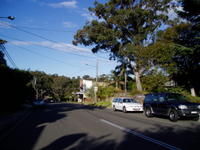 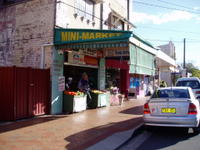 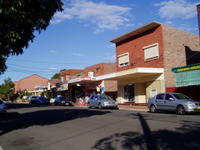 WHAT ELSE YOU CAN DO TO PROTECT OATLEY

There are a number of other things you could do to help:

1. WRITE: Keep the letters and emails flowing to both Coles and media outlets. Write to the Leader, to The Sydney Morning Herald or The Daily Telegraph. We need to attract as much attention to the issue as possible.

2. CALL: Phone in to talk back radio to raise the issue. Look for any kind of lead in – a discussion about supermarkets, a story about overdevelopment, chat about big corporations squeezing out the little guys, etc.

3. NETWORK: Do you know anyone in a senior position in Coles? Do you know someone with expertise who might be able to advise on the issue?
4. BOYCOTT: Boycott Coles supermarkets and other Coles businesses (Target, Kmart, Officeworks, Liquorland, Vintage Cellars).

5. SUPPORT: Continue to shop at local businesses and encourage others to do so.

6. DONATE: Support the campaign against Coles with a donation of time or money. There are plenty of ways to help out, so just call one of the group.

7. BE VISIBLE: Keep the campaign visible with banners/signs on your house or letterbox, a sign in your car window, fairy lights on your house, a T-shirt with message.

# posted by Oatley Residents Against Overdevelopment @ 12:04 AM 16 comments 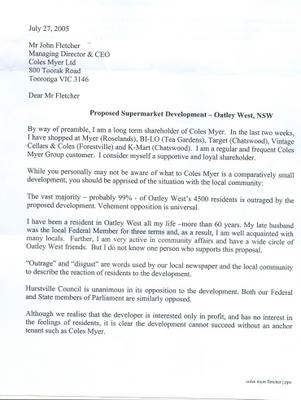 Your headline of Oatley Outrage certainly caught our mood over the proposed nasty development in our community. Our outrage increased on learning of the claim by the developer that he had consulted and listened to the community. The 1400 signatures against his proposal and the 400 objectors attending the Council hearing obviously sent a message that he does not want to hear.

It is clear that this development is neither needed nor wanted. Were it to go ahead it would destroy two communities of Oatley and West Oatley and a number of small businesses would be forced to go elsewhere or go broke. We can only hope that the determination to boycott any supermarket that is built will be sustained for long enough to show how just how misplaced was this absurd proposal.

The sneering remark of the so called Land and Environment that its decision would change [that is destroy] the village atmosphere indicates the real goal of that court. Destroying villages is considered criminal in some circles. 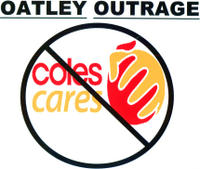 Why is this development wrong

The residents of Oatley are fighting the proposal to build a regional Coles supermarket in a quiet neighbourhood shopping area.

Summary of proposal
11 x 2 bedroom houses over two levels to be located above retail level.

Excavation of two and half storeys will be required to provide the two basement car parking levels and supermarket. This would keep the developmment within a two story height limit.

The site is adjacent to Myles Dunphy reserve. Significant excavation of soil and rock will have an impact on drainage into this sensitive mangrove area protected by the Foreshore Protection Act.

A significant landmark tree located near the frontage will also be lost due to this development.

Traffic
* Access for supply trucks is through residential streets.

* Supply truck entry and exit to loading dock is only via which will cause congestion on collector road for Oatley West.

* Use of turntable in loading dock- turntables at other sites not used in practice, with trucks reverse into delivery bay.

* No designated truck waiting area for when loading dock occupied.

* Height and density of proposed development is out of character with small neighbourhood shopping village.

* Loss of income and closure of small neighbourhood shops:

– There are already 4 vacant shops in Oatley West.

– Experiences in Brighton-Le-Sands and Illawong when larger supermarkets move into the area have been detramental to the small business.

* Close proximity of the site to other Coles supermarkets – there are 3 others within a 10 minute drive. Hurstville Coles is 3,115sqm
Roselands Coles is 4,441sqm
Riverwood is Coles 2,271sqm

Oatley West Coles will be 2182sqm
Do we need this much retail space in such close proximity?

1995 - 1000 Residents through a petition protested against a proposal for a 4 storey development of 54 home units and one shop. Hurstville City Council refused this proposal. Oatley Residents then tried to have a two storey limit included in the controls.

1999 - After many delays the Minister advised that the two storey limit could not be approved until Council agreed to build more home units throughout Hurstville.

May 2000 - Following further representations by the Oatley Residents Association and strong representations by Kevin Greene the Minister approved LEP Amendment No 13 for a two storey limit for the 3 (a) zone in Peakhurst ward only.

September 2000 - the Minister approved LEP Amendment 23 for a two storey limit for the 3 (a) zone in Penshurst and Hurstville wards. This amendment was subsequently ruled to be ineffective on 17/6/02 because the notice of the intention had not been advertised correctly in the Leader.

August 2002 - the Minister approved LEP Amendment 38 along the same lines as Amendment 23. However in doing so the two storey height limit for the 3 (a) zone in Peakhurst ward was inadvertently removed from the LEP.

16 December 2003 – Renaldo Gaiety meets with 32 Oatley Residents Association at Oatley Bowling Club. At this meeting discussions are about 12 units and trying to preserve the tree.

12 January 2004 – Mr. Gaiety meets with 43 Oatley residents in church hall, Gungah Bay Road. A floor plan is presented with one large retail area of 1000sq metres. Residents are certain and vocal in rejecting a supermarket.

12 July 2004 – Renaldo Plus 3 Pty Ltd lodges DA 20040454 for demolition of existing dwelling houses and construction of a mixed use development which included a supermarket, with basement parking. No mention of “Coles” in Renaldo’s actual DA though the supermarket is referred to as “Coles supermarket” in plans

8 December 2004 – HCC’s Development Assessment Committee meeting at which Council staff presented their report, recommending approval of DA., according to existing planning instruments. Council’s Traffic Engineer did NOT refer DA to the RTA, or Hurstville’s Local Traffic Committee (LTC) as required by SEPP 11.

13 January 2005 – draft Amendments 60 advertised in leader. Amendment 60 proposed to correct the mistake made in Amendment 38 by reinstating the two storey height limit for the 3 (a) zone in Peakhurst Ward. Amendment 66 proposes to change the name of Zone 3 (a) from General Business to Neighbourhood Business and generally make it clearer that zone 3 (a) was always intended for small neighbourhood shops.

22 March 2005 – first day of LEC hearing held on site at Mulga Rd. About 10 locals spoke to the commissioner. That evening Renaldo lodged an amended DA (dated about 10 days earlier apparently) with the LEC. This DA has not been on public exhibition so the community has not been consulted nor had the opportunity to lodge a submission of objection.

28 April 2005 – Hurstville’s LTC met for first time to discuss Mulga Rd DA that was lodged over 9 months before - and after the first day of LEC hearing.

26 August 2005 – ORAO met with Shadow Minister for Planning, Chris Hartcher to discuss the Planning Minister’s delay in signing off Amendments No. 60 and 66. That very afternoon, Sartor signed off Amendment 66.

9 September 2005 – LEP Amendment No 66 was gazetted. Change the name of Zone 3 (a) from General Business to Neighbourhood Business and generally make it clearer that zone 3 (a) was always intended for small neighbourhood shops. A size limit of 400sq metres retail area imposed.

14 October 2005 - Amendment 60 to LEP was gazetted. This will place a height restriction of the area to two storey height limit to include Peakhurst ward which had been inadverdently removed when amendment 38 was made.

# posted by Oatley Residents Against Overdevelopment @ 9:40 AM 1 comments

# posted by Oatley Residents Against Overdevelopment @ 8:31 AM

Respectfully, if your PA does not pass this letter on for your attention, it could cost your Company dearly.

I am writing to respectfully request your Company to reconsider your interest in the above site for the following reasons:

1) While my wife and I live at Neutral Bay, we often visit one of my best friends who lives at Oatley. Further, we are always struck by the pleasant village atmosphere of the area, which as you would know is definitely not conducive to large developments, perhaps the worst type of such development being a supermarket.

2) I understand that none of the residents living in the area wish to have the nature of their peaceful suburb dramatically altered with an explosion of traffic, trucks and the scattering of trolleys far and wide and the necessary regular and noisy collection of same.

3) You are no doubt well aware that the roads and lanes in the area could not possibly handle the expected traffic demanded by a supermarket. Furthermore, widening and making suitable such roads for safe access and constant delivery of stock by heavy trucks, would, in itself, ruin the aforementioned village atmosphere.

4) Please Mr Fletcher, put yourself in these residents shoes for just one moment and imagine how they must be feeling..


I personally have been in a similar situation to yours before recently retiring as BP Australia's Property Manager. No matter where we intended to build there were always some local objections. But never did we proceed when the entire local population were outraged by our intentions. You and I both know that before seriously inspecting a site, models must be constructed detailing the amount of probable residential trade, and also, the expected passing trade, and traffic congestion etc. Even rain drainage capacity, night lighting for safety and security, blockage of sunlight, the proximity of traffic lights etc.

In my view, the location of your proposed Oatley West development is in a most unsuitable location having regard to all of the relevant aspects. Furthermore, it would overwhelmingly rely on residential trade.

Let me advise the obvious - that whenever BP Australia built under similar circumstances (little passing trade and extremely hostile residential objections), not only was the service station boycotted by most, but we found that even our surrounding BP sites some kilometres distant, suffered falling profits due presumably to a wide "backlash protest".

Further, windows were forever being smashed, trolleys stolen, and graffiti artists became most active on our walls (and they continue to do so - out of proportion with "normal" graffiti proliferation one would expect. As an example, have a look at the record of BP North Richmond (built about 8 years ago) and the surrounding service stations. The problems still continue today, and in hindsight, I am sure that BP would never have built at North Richmond with such evident local outrage.

Coles Myer Ltd generally enjoys a good corporate citizen image. Again I ask you Mr Fletcher, please do not put dollars in front of the general wellbeing of a beautiful and unique residential area such as Oatley. I am not suggesting that you should never build in anyone's backyard, but from my experience there are always thousands of other more suitable sites where local objections are scarce and sometimes even non existent, as your store could well generate jobs and greater profits for nearby retail businesses in a high density area.

However, apparently every local, as well as the local Council is fiercely opposed to your Oatley plans. Not just 30%, 50%, or even 90%, but closer perhaps to 99.9%.

In conclusion, I advise that my wife and I have always shopped at our closest supermarket - Coles, located in the Big Bear complex at Neutral Bay. If your disastrous and, I believe. most selfish Oatley development proceeds, we will be travelling the extra half kilometre to Woolworths Neutral Bay, and will never enter a Coles or Myers store again.

We will also encourage our friends and neighbours to do the same, after detailing your Company's complete disregard for the quality of Oatley residents lives. Of course this is not a threat, but what would you do in my shoes, and in those of the outraged Oatley residents?

Mr Fletcher, a company can be extremely successful, and have a heart as well. Thank you for your attention.

PS. Copies of this letter have been sent to Mr Gerry Masters, as well as all Sydney mainline newspapers and relevant local papers, and the newsrooms of all Sydney television and radio stations.